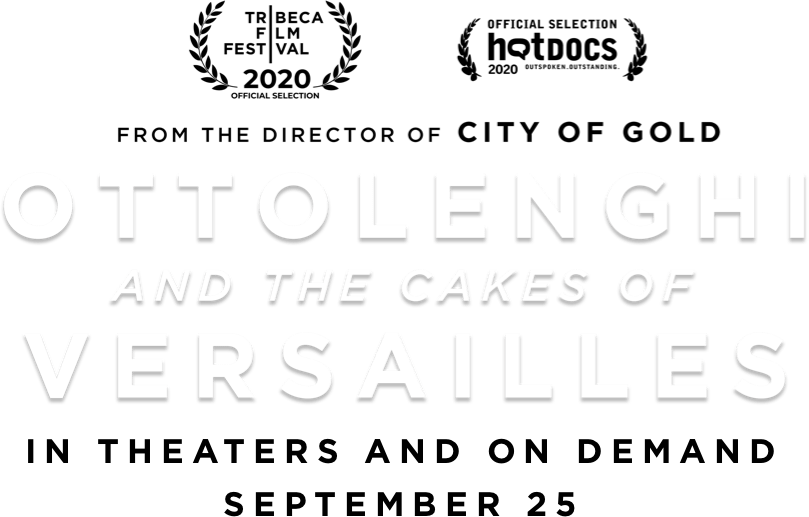 In the summer of 2018, New York’s Metropolitan Museum of Art enlists Yotam Ottolenghi, the London-based Isreali chef and celebrated author of cookbooks Jerusalem and Plenty, to organize a food gala inspired by the Met exhibit “Visitors to Versailles.” In preparation for the event, Ottolenghi travels to the Palace of Versailles. At the landmark French site, the famed chef is possessed by a child-like curiosity, as he finds in Versailles a glimpse into the French Monarchy’s decadence.

And so Ottolenghi, with the help of pastry chefs (including “Cronut” maestro Dominique Ansel), positions The Met event as both an expression and critique of excess. Several centuries ago in Versailles, the royal family lived in public to help broadcast the country’s splendor and wealth. Ottolenghi fast-forwards to the advent of social media and finds a new aristocracy streaming their riches, food, and prosperity. In both eras, we see deep exclusion, longing for community, a patriarchal structure – and the same potential for revolution.